George Hill's BMC Arabia, the Arabian Greek coins in the British Museum collection, has been scanned and is available for download from the Internet Archive (formerly the Million Book Project).

I'm surprised they put this up; George Hill died 60 years ago and thus his works are not public domain in the UK, and since the book was never published in the USA the law binds servers here to UK rules.
Posted by Ed Snible at 9:07 PM 1 comment: 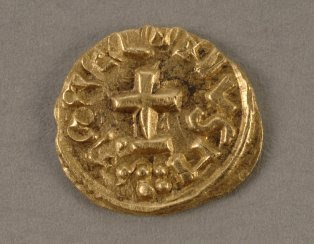 ... Hutchings claimed to be an avid metal detectorist who had found the coins at various times and locations....

Hutchings' defence throughout police interviews and at court, was that he bought the coins from two dealers 'Gary and Steve' believing they were all genuine. However, he was unable to identify either dealers whereabouts.

Also found at Hutchings' home address during the search were a number of real coins, believed to have been used as a base for test striking during the manufacture of some of the fake coins.

Experts from the British Museum and Fitzwilliam Museum assessed the coins recovered as part of this case and concluded that all had either been manufactured by casting in a mould or struck using forged dies.

Detective Constable Ian Lawson from the Met's Art & Antiques Unit said: "Whilst the overall value of these coins is relatively low, the level of deception and harm Hutchings has caused the individuals and businesses embroiled in his lies is significant.

(Via a post by Dave Welsh on Unidroit-L and Ancientartifacts.)
Posted by Ed Snible at 2:34 PM No comments:

Found in the crop of a chicken 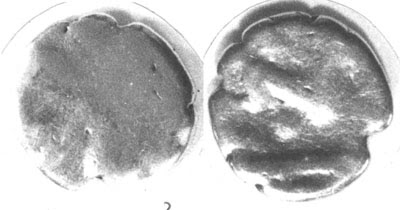 John Hooker posted on Moneta-L the story of a Celtic coin found in the crop of a chicken.

(The crop is a pouch in a bird's neck that temporarily stores food.)

The chicken came from Iceni territory, but the coin is Catuvellauni perhaps it ate the coin while visiting a poultry show in Hertfordshire? 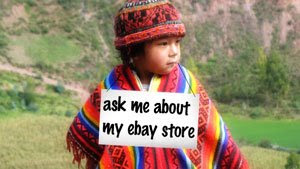 An article by John Timmer on Ars Techica discusses the recent article, Forging Ahead, by Charles Stanish in Archaeology.

In an antiquities store in La Paz, I recently saw about four shelves of supposed Tiwanaku (ca. A.D. 400-1000) pottery. I told the owner that most were fakes and she became irritated and called me a liar. So I simply touched one at a time, saying "fake," "real," "real from Tiwanaku," "fake," "fake made by Eugenio in Fuerabamba," and so forth. She paused for a moment, pulled one down that I said was real, and told me that it was also a fake. I congratulated her on the fact that her fakes were getting better and she just smiled. My mistake is an instance of what San Francisco State University archaeologist Karen Olsen Bruhns has identified as a very real problem—the experts who study the objects are sometimes being trained on fakes. As a result, they may authenticate pieces that are not real.

The article mostly discusses South American antiquities. There is nothing about coins.
Posted by Ed Snible at 1:31 PM No comments:

Google's patent on an improvement in book scanning 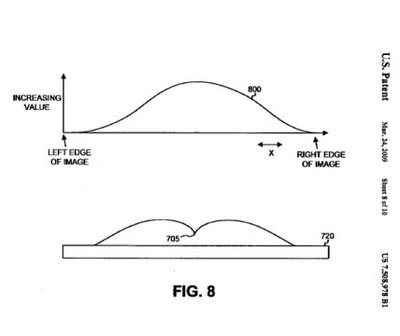 Maureen Clements blogs about Google's patent on book scanning. Google shines infrared light on the pages; open the brightness of the reflected light can be used to determine the angle for that part of the page.

My earlier post on this subject: Book Fold Coorection.

(via bOING bOING)
Posted by Ed Snible at 2:59 PM No comments: