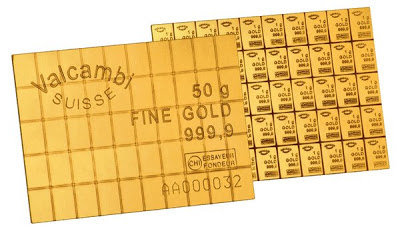 Valcambi, a Swiss refinery, has an interesting new concept in gold bullion and in coinage.

They are marketing a CombiBar, a credit-card sized gold ingot that can easily be broken into 1g pieces to make change.

Cleaning an ancient Roman coin with a steel scalpel

I had never seen scalpel cleaning. I was surprised by the uniform shortness of the blade strokes. The video is ten minutes long. Two minutes in they speed up the process 5x. At five minutes in they go back a montages of different coins.
Posted by Ed Snible at 3:12 PM 1 comment:

Catalogue of the Greek Coins of Lycaonia, Isauria, and Cilicia 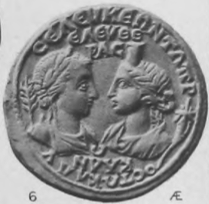 George Hill's 1900 Catalogue of the Greek Coins of Lycaonia, Isauria, and Cilicia is finally available for download at Google Books. It can also be printed on demand, for as little as $9.92. The plates seem much better in quality on the PDF than Google's web site, although on both the plates are cropped at the top and bottom.
Posted by Ed Snible at 9:40 PM 1 comment:

A major collection of the coins of Istros will be auctioned tomorrow in Switzerland by new firm First Auctions. There are also extensive Celtic lots. The coins are listed on Sixbid in addition to the vendor's own site. The vendor's site is terrible - no search and if you log in the images become unavailable.
Posted by Ed Snible at 2:50 PM No comments:

An excellent museum exhibit on money and banking for young children is showing at the Arizona Museum for Youth in Mesa Arizona. The web site gives few details but my four-year-old loved it. The exhibit combines some wall art, including an improved bill by James Charles (not the Yoda one shown above though) with activities for children such as a glow-in-the-dark bank and designing paper currency with ink stamping. The exhibit runs through January 20th. There are special Saturday events but we just went on a regular museum day.
Posted by Ed Snible at 8:53 PM No comments:

The Bichester Advertiser is reporting (no byline) on a counterfeit coin factory discovered by police in an active snooker hall.

Prosecuting, Colin McGregor alleged: “The defendant has spent in excess of £3,000 in order to create what is described as an ‘illicit mint’.” ... About 2,000 fake £1 coins were recovered, the court was told. Specialist officers also found a large amount of metal, as well as notepads allegedly with “stage by stage” instructions and diagrams showing how to make fake coins.

We rarely think about what happens to modern counterfeits after they are seized. One man had an idea but his dream was denied by the UK's Royal Mint. Stephanie Cureton reports for the Wirral Globe that

Plans to build a sculpture made entirely out of fake coins used at Merseyside’s tunnel booths have been scrapped. Merseytravel asked the Royal Mint for their approval to commission a special piece of art made out of counterfeit £1 coins. ... Councillor Steve Foulkes, who is part of the committee, had said he was “sceptical” about the prospect of such a piece of art.

Commenting on the newspaper's web site, a user identified only as Spiffy opined “no Turner prize for us.”
Posted by Ed Snible at 10:11 AM No comments:

There is a raft filled with pennies in the East River. I didn't have my camera with me and can't find a thumbnail with usage rights to illustrate this post. There is a good photo of the thing on Flickr. It's by Jessica Feldman. She discusses it on her web site. It will be up until March 31, 2013.
Posted by Ed Snible at 2:53 PM No comments:

Sterling Enclave, a defunct blog fro July 2010, is one of the strangest New York numismatic web sites I have encountered.

An architecture student pondered the design of a clubhouse for numismatists in New York. In various entries he (or she?) visits the NY Fed, the ANS, and reads about the New York Numismatic Club. The student proposes a building shaped like a giant coin cabinet perched atop a pole. 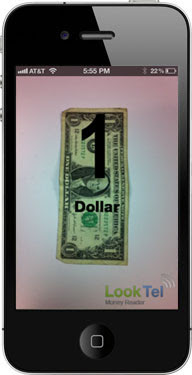 LookTel Money Reader is a $9.99 iPhone app for the blind. Using the cameras phone it identifies dollar bills. There is support for the US Dollar, Euro, British Pound, Canadian Dollar, and Australian Dollar. There is a cool minute-long YouTube video showing it in action.
Posted by Ed Snible at 1:55 PM No comments:

PCGS is reporting that they received 5,500 fake coins in the last twelve months. It costs about $25 to submit a coin, so no obviously false coins would have been part of this count. All 5500 coins were at least deceptive enough to fool typical collectors of slab-quality coins.
Posted by Ed Snible at 1:53 PM No comments:

Quzhou Fake Ancient Coins Factory is a supplier on Alibaba.com.

The factory's Alibaba page offers fifty different ancient coin types. I have not inspected any of them personally but a coin from the same dies as the one in the photograph above was published in 2007 by a noted Bulgarian scholar as genuine (I think... can't read Bulgarian).

Strangely the site claims to offer the coin in the photo for twenty cents, but with a minumum order of 10000 pieces. I have been wanting this particular fake since 2005 and only three have turned up on the market. If anyone does manage to contact the seller I'd love to purchase some specimens of this particular replica.

According to the seller's Alibaba page, “Quzhou Fake Ancient Coins Factory is established in year 2000. We can make all kinds of fake ancient coins such as Ancient Greek, Roman, Biblical, Byzantine and Persian coins. All these coins are made from zinc alloy or brass material with antique silver or gold plated. We can produce fake coins and also metal gifts or metal souvenirs.”. This is apparently not a clandestine manufacturer, the seller warns “Illegal usage is not allowed. Please leave us alone if you want to use it for cheating.”

The future of money?

The Royal Canandian Mint is proposing a digital currency. A developer is showing some details.
Posted by Ed Snible at 9:54 PM No comments:

Thomas Levenson's Newton and the Counterfeiter

I have been too busy to post. Mostly learning Ruby, not collecting unfortunately.

Anyway, I wanted to mention Thomas Levenson's Newton and the Counterfeiter

If the historical Isaac Newton had never become mint master the theme of this book would have been ridiculous. A 17th century 'police procedural' with the world's greatest scientist abandoning physics and become a proto-detective in London's underworld is really too silly for fiction. Yet it happened.

The book lacks photographs. Pages and pages are spent discussing hammered coins, why they could be clipped, and how they are different from milled coins. I would have appreciated a few photos but at least I know what the coins look like so it wasn't hard to follow the discussion. Levenson also explains the differences between good and poor quality fakes of hammered and milled coins, and discusses fake currency ('malt tickets'). I have never seen a fake English coins from this period and I've never seen a malt ticket, real or fake; photos of these would have been especially welcome.

I recommend the book highly.

Shutty's One Coin is Never Enough 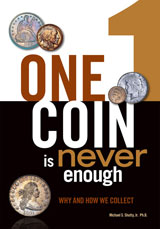 In this book Shutty discusses his collecting practices (Buffalo nickels and large cents). Shutty is a psychologist and he explains various experts' psychological theories of collecting. He is fond of breaking the collecting experience into the various categories used by psychologists, producing transition diagrams such as one which purport to show collectors cycling from "Courtship" to "Hunting" to "Acquisition" to "Integration" and later to a post-collecting "Displacement" phase.

I was hoping for stories of great successful and unsuccessful collectors modeled after Nicholas A. Basbanes' descriptions of book collectors in A Gentle Madness. These are not to be found; Shutty almost exclusively discusses himself and his personal collection. Even when discussing Sheldon large cent varieties Shutty doesn't reveal that Sheldon's coin addiction left behind a trail of thefts that destroyed the legacy of the once-respected psychology professor -- a story so delicious I couldn't resist linking to it in this micro review.

I felt like Shutty spent a lot of time explaining coin collecting, perhaps targeting his explanations to his psychologist colleagues.

The first 14 chapters use examples exclusively from American coin collecting. World coin collecting is given a chapter. Ancient coins are not discussed, nor the collecting of historical medals.

I found the book interesting but not as interesting as a books on coins. I don't know if that says something about me or something about Shutty's book. There is a lot to be said for Shutty's attempts to map aspects of coin collecting upon multiple psychological theories rather than selecting one framework and attempting to pigeonhole all of collecting upon it. Still, sometimes Shutty's explanations seems overly complex.

We collect simply because we like coins more than other people. Even Shutty's favorite example, a Chain Cent slug he paid $1000 for, was purchased because it seemed like a good deal to Shutty. The simplest theory I know to explain why Shutty and I enjoy our coins is that the side-by-side comparisons we do while looking for coins somehow make us vastly more appreciative of them. Psychologist Seth Roberts calls this the Willat effect. Roberts believes connoisseurs are made this way, at least in food and drink domains such as wine via wine tastings. What I've noticed is that the same thing happens visually with coins. What really got me collecting again after a 20 year break was looking at several hundred hemidrachms of Parion over three months on eBay trying to find the most beautiful $50 example. After that I was hooked.

A Greek obol modified in antiquity

This tiny obol of ancient Kelenderis (8.5mm in diameter, 0.77g) has a form of ancient damage that I have not seen before. First, the reverse. There are three raised dots on the wing. I had originally thought they were a decorative and part of the die but now am starting to believe they are a counterstamp or banker's mark (or three counterstamps/marks?). The dots are nearly the same size as the decorative dots bordering the incuse square.

Directly opposite the three dots on the wing is the forehead and right eye which are a bit flattened. I believe it was flattened by the application of the dots.

There are extensive incuse dots within the mouth. It is possible the dots are always within a line of three. There are also clearly a line of dots below the chin on the left side.

A colleague believes there is tooling or bankers marks up in the hair and to the side of the head as well. I am less certain of this, it could just be something with corrosion although the coin is of excellent metal.

A typical example, without the marks, was sold as CNG e-auction 214, lot 203. I am very interested in hearing from other collectors and institutions owning Kelenderis coins carrying similar marks or with other coins from these dies. If any readers wish to inspect the coin in person I'll be at NYINC on Saturday.