Is this 'panther' Cerberus?

Medusa is not the only creature in Greek mythology with snakes for hair. The monstrous dog Cerberus, who fought Herakles, had a mane of snakes. 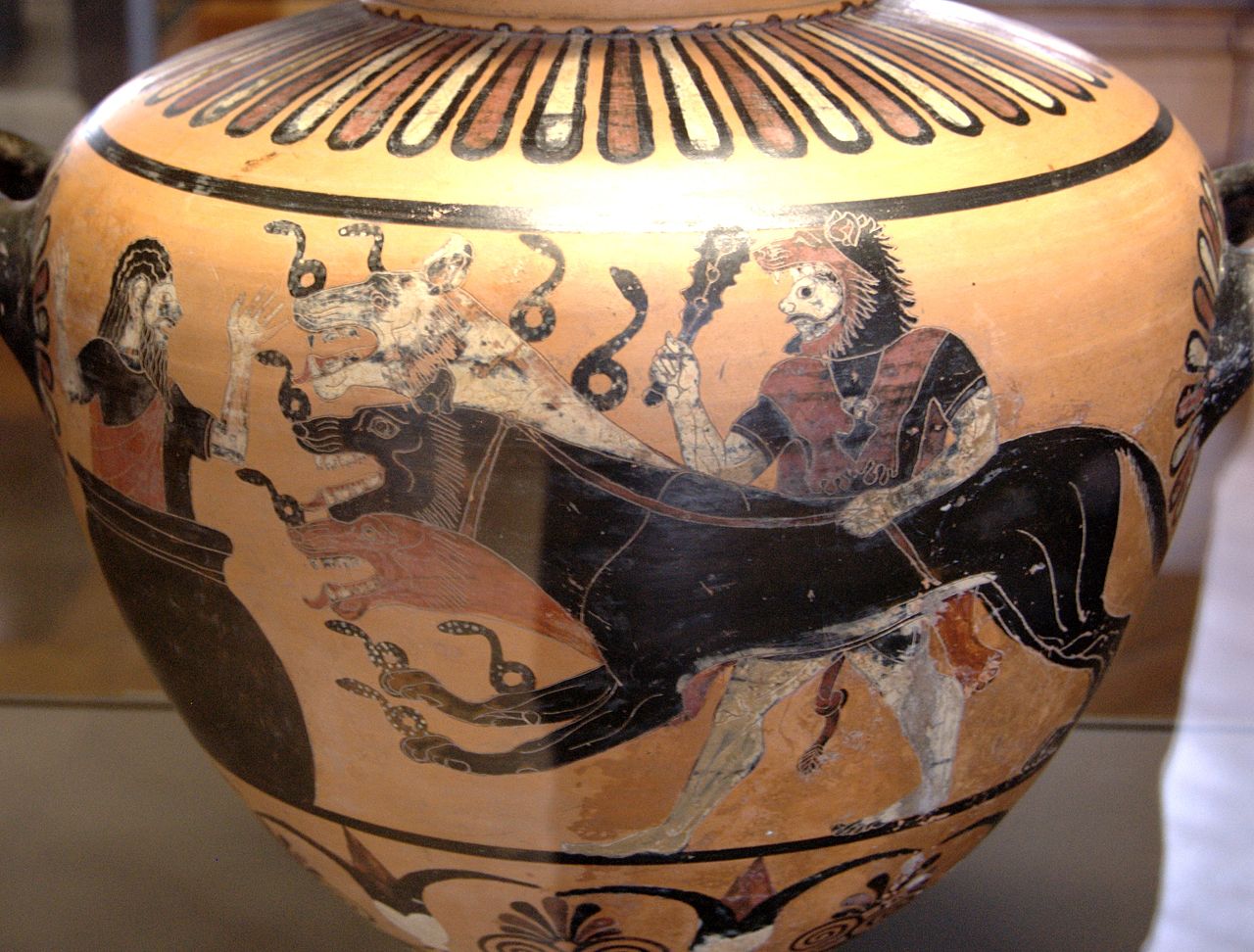 There is an animal with snakes in its mane on a very rare Greek coin. This diobol (weight 1.08g, 11mm diameter) seems to depict an animal with a mane of snakes on the reverse. The animal has whiskers and triangular ears. The coin is rare; I have only been able to locate two other examples.

I suspect that this coin reverse depicts the head of Cerberus. In addition to the snakes, the ears resemble the ears of Cerberus on vase paintings. Some dogs have whiskers, and some Greek and Roman art shows Cerberus with a at least one lion head. Thus, none of the features rules out Cerebus. In addition, Cerberus is not always depicted with multiple heads.

The reverse is thus not a generic panther or lion as suggested by the catalogers of the coin example, but a rare depiction of Cerebus with a mane of snakes. 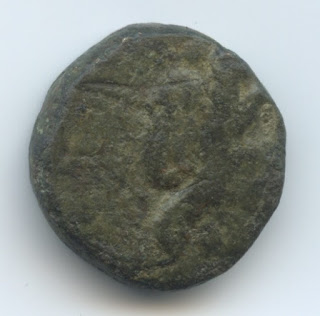 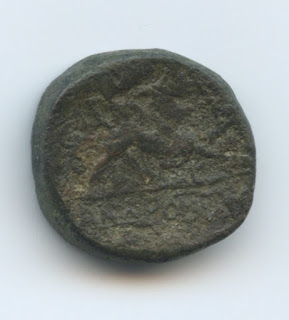 I purchased this coin in 2004 from Clark's Ancients. It had been identified as being from Abdera, like the first example on this CoinTalk thread. It did not look like that type. It had previously sold in 1980, and the tickets that came with it showed several unsuccessful attempts to ID the inscription.

I didn't even think the animal looked like a griffin. It looked more like a panther. I did some basic searching on sites such as Wildwinds, The ANS' DONUM, ISEGRIM, and dealer sites but found nothing.

There is an inscription, perhaps ΑΝΔΡΟΝΙΚ. Both the dealer and the collector, Biblical coinage expert James Lovette, had tried to identify the coin and failed. I spent a long time on it and got nowhere. I took another look at it this week and identified it in under an hour. The inscription ΑΝΔΡΟΝΙ? previously recognized by myself and the other experts appears in Münsterberg's 1911 book listing the names of Greek coins. I scanned the book with help from Pat Lawrence and put it on my web site 10 years ago!

The entry is here. (Interestingly, that link takes me directly to the entry in Chrome but in Safari 10.0.1 only to the top of the page.)

Back in 1911 the reader would have followed each entry to Münsterberg's entry for the city, which would cite the work the entry is to be found in. Today it is much easier just to go to popular ancient coin search engines, like Wildwinds. I searched all those cities again, and nothing resembling my coin showed up.

At this point I SHOULD have fallen back on using the book as Münsterberg had intended. I had failed at that before. I went to my next identification technique: flipping through all the volumes of SNG Copenhagen looking for a match. I found a similar coin in the Epirus volume, for Ambracia, naming a different magistrate. This match gave me the strength to search Ambracia again, and a Google Image search for 'Ambrakia Griffin' turned up this sales record.

Where did I go wrong with Münsterberg? His first reference is to 'Rollin n. 3160'. This is where I had gotten stuck in 2004. Since that time HathiTrust Digital Library has scanned and placed online the 1864 catalog by coin dealers Rollin and Feuardent. The entry for #3160 gives the reverse as 'Griffon marchant à dr.; dessous, ΑΝΔΡΟΝΙΚ' and gives a price of three francs. So a match was found.

Because the type is rare and low-value no examples with photos exist on ancient coin database sites. The example found on the dealer aggregator VCoins was found through a Google search. (VCoins itself doesn't allow sold coins to be searched for.) The ANS and British Museum both had examples in their databases, but neither had photos or inscriptions recorded, so I didn't find them. I was unable to find any examples naming the magistrate Andronicus.

The coin itself is very thick. I am surprised it was assigned 238-168 BC by Percy Gardner in his 1883 catalog. I suspect much earlier. I was wrong about the panther — on better examples the wings of a griffin can be seen.

Why am I going into such detail? I think it is important to share techniques for using the numismatic research tools. I spent over 100 hours putting up Münsterberg a decade ago and I haven't gotten a single question about using it. I can think of many simple improvements (dropping the lower case Greek letters comes to mind!) and extensions. No one in my circle seems to make them to me.

What tools are people using to identify coins? What do you like and dislike about them?